So… it’s been about a month now and I’m going back to work soon…ish. I have really enjoyed my time off, more than that I have enjoyed the freedom to paint whenever I felt like it because more than anything I LOVE to paint. I’m not quick at it, I like to take my time and do a little bit here and there on this painting or that. Sometimes I work on up to 3 paintings in a single day. Other times I do no painting at all. I’ve also come up with a couple ideas over the last month, one of them I’m really enjoying designing for.

Lately I’ve been thinking a lot about gaming mats.

A while back someone I knew asked me to draw a couple of character portraits from their D&D group and they were going to surprise them with customized gaming mats. We discussed and agreed upon a price, and I did a couple of quick sketches based on the descriptions. At first they were excited and then a couple days later I got an email saying that they found someone on reddit who would do the work for much cheaper. They asked if I would be willing to lower my price to match the reddit artist. I declined, wished them well and never thought about it again. Until recently.

The point of this story? I’ve neglected to think about what kind of art and items I would be excited to buy IF I had money. I ignored the nerd in the room. I’ve said it before, but I’ve never truly felt it, that I needed to stop drawing things I thought other people wanted to see.  In thinking up ideas for what I’d want to see on a gaming mat, I’m a bit closer to embracing the nerd in the room. This is just an Idea, though, I don’t have any solid plans yet. 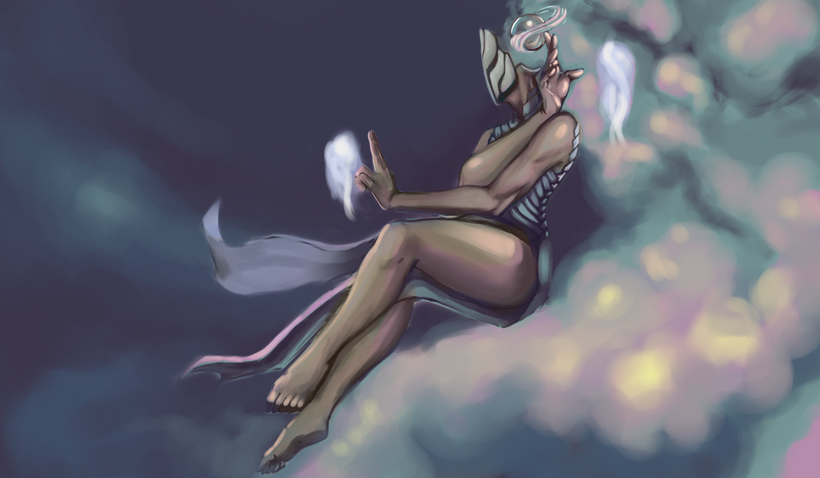 Paint still wet but here are the results of tonigh

Stream starting at 7:30 CST, here's a sketch of wh

getting ready for another twitch stream in 15 minu

setting up for tonights stream happening in 2 minu

For tonight, this handsome fella will be getting a

Up tonight for a 1-hour refinement session on Twit